The Death of Ananias, and the Plan for The Acts of the Apostles During the 2019 Palm Sunday fire in the Cathedral, four of the Acts of the Apostles tapestries were hanging in the Crossing as it filled with smoke. The Textile Conservation Laboratory at the Cathedral is now embarking on a new campaign of cleaning the soot deposited on the tapestries in addition to removing a damaging adhesive that had been used on the tapestries years before.

The conservators tested one method of adhesive removal on The Death of Ananias in 1996 when that tapestry was loaned to Columbia University’s Miriam and Ira Wallach Gallery for an exhibition of Sir James Thornhill’s paintings of the Raphael cartoons, Apostles in England, Sir James Thornhill & the Legacy of Raphael’s Tapestry Cartoons. 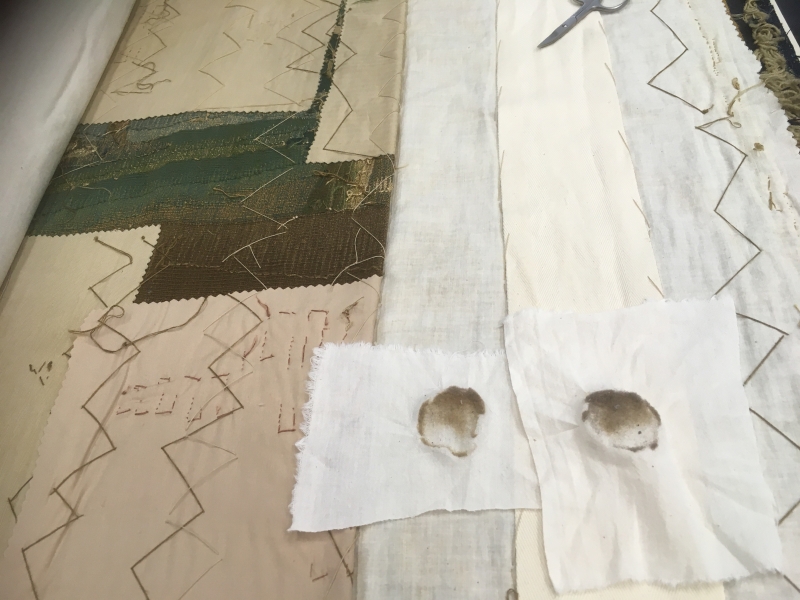 In preparation for the Columbia University exhibit, the Lab had the opportunity to closely examine the tapestry condition and discovered that several earlier conservation treatments of varying quality had been made over the 300-year-period since the tapestry’s creation; these treatments would later reveal their application to all of the tapestries in the set.

The most striking past treatment was a liberal application of animal hide glue to many weak sections, including abraded and splitting silk areas of weaving, slits, and broken warps. It is suspected that the company who coordinated the delivery and installation of the set in the Cathedral nave, may have executed this treatment on the weak areas of the tapestries as a quick and as we know now, harmful fix. The hide glue seeped into, between, and bonded with the fibers. As it aged these sections became stiff, creating a stressful and destructive condition for the delicate silk fibers ultimately weakening the tapestry.

The time between purchase of the Acts of the Apostles set at auction by congregant and donor Mrs. Louise Bruguiere, by recommendation of Canon West in 1953, and their installation in the Cathedral, was barely a year. The prep work on an entire set of 8 tapestries would have been formidable.

Before the Wallach exhibition, extensive testing was undertaken on Ananias and a safe method was devised to remove the harmful adhesive, clean and undertake moderate stabilization. This work made it possible to lend the tapestry to Columbia and the lessons learned from the work allowed the Lab to set up treatment protocols that could be applied to the rest of the Apostles set. 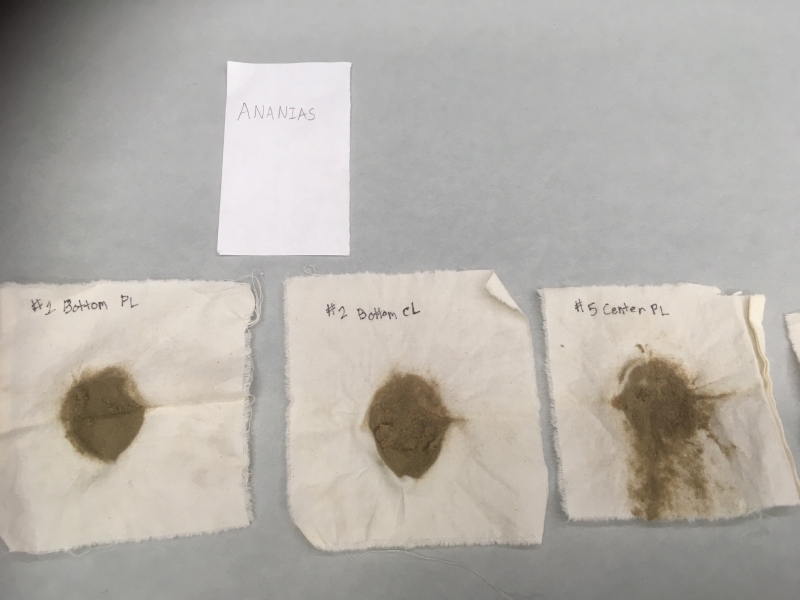 Now, Cathedral conservators are looking forward to building on their experience and testing new, updated methods of removing the adhesive on the full set of tapestries, cleaning the recent smoke and soot deposits and ultimately stabilizing the damage, wear and aging to the set which will lead to their eventual safe return to the Cathedral.

We plan to share highlights of the treatment of Ananias and the other tapestries from the Acts of the Apostles as work progresses!