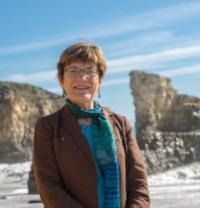 ANNE KAPUSCINSKI is Director of the Coastal Science and Policy Program and Professor of Environmental Studies at the University of California, Santa Cruz. She previously served as the Sherman Fairchild Chair of Sustainability Science and chair of the Environmental Studies program at Dartmouth College. Prior to Dartmouth, she led the development and 2007 launch of an interdisciplinary undergraduate sustainability studies minor at the University of Minnesota. Her current research aims to shift aquaculture, the world’s fastest growing food sector, towards sustainability by integrating innovation, life-cycle analysis, and agroecology. Dr. Kapuscinski participates actively in the science-policy interface, presently serving as Chair of the Board of Directors of the Union of Concerned Scientists and member of the California Ocean Protection Council Science Advisory Team. She is a Pew Fellow in Marine Conservation, editor in chief of the sustainability transitions domain of the journal, Elementa: Science of the Anthropocene, and was chair of the National Academies of Sciences, Engineering and Medicine committee on strengthening sustainability programs and curricula at the undergraduate and graduate levels. 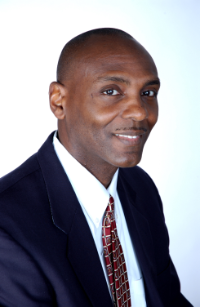 GARRICK E. LOUIS is associate professor of engineering systems and environment at the University of Virginia. He is director of the Small Infrastructure and Development Center. His research seeks to provide sustained access to basic human services, including water and sanitation, to developing communities. He holds B.S. and M.S. degrees in chemical engineering and a Ph.D. in engineering and public policy. His honors include the 2000 Presidential Early Career Award for Scientists and Engineers from the National Science Foundation, 2006–2007 American Association for the Advancement of Science Energy Environment and Natural Resources Fellow, 2014 Design and Health Faculty Fellow at the University of Virginia, and 2015–2016 Jefferson Science Fellow in the Office of Global Food Security at the U.S. Department of State. He is a Fulbright Specialist for the U.S. Department of State with a focus on Sustainable Development. 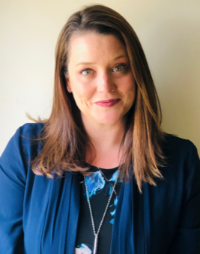 ERIN BROMAGHIM serves as the director of Olympic and Paralympic Development in the Mayor’s Office of International Affairs for the City of Los Angeles. In this role, Ms. Bromaghim is focused on realizing the city’s plans to make Los Angeles more sustainable, inclusive, resilient, and innovative as they prepare to host the Olympic and Paralympic Games in 2028. This legacy includes her work as a Conrad N. Hilton Foundation Fellow, through which she uses the framework of the United Nation’s Agenda 2030 to align, measure, and track the city’s progress toward the 17 Sustainable Development Goals. She previously served as a senior civilian with the U.S. Air Force, where she managed multiple complex defense, intelligence, and security reform efforts over nearly 14 years with the Defense Department. Ms. Bromaghim entered federal civil service as a Presidential Management Fellow with the U.S. Navy, later working for the Office of the Secretary of Defense and NATO. She received her B.A. from Wake Forest University and an M.A. from Georgetown University, and completed additional studies at the University of Havana, Stanford University, and Harrison Metal.